Pictures from earlier this week of feed being delivered to evacuated horses and cows at the Mounted Patrol grounds in Woodside. Donation was generated by the Woodside Community Foundation Giving Fund. 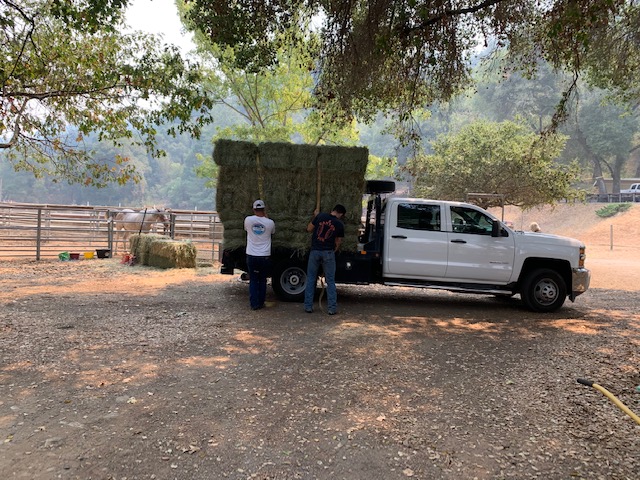 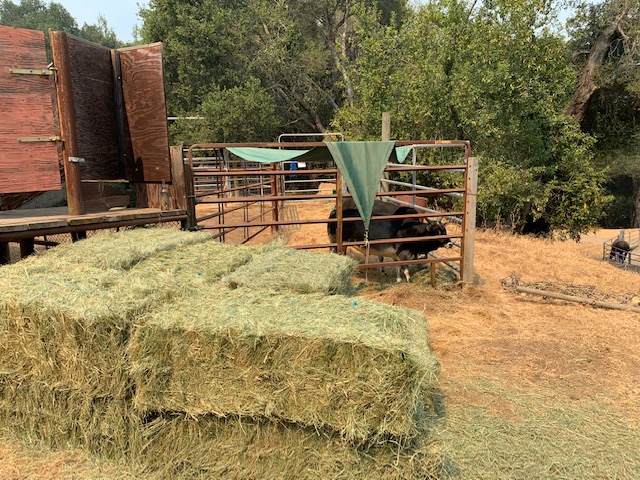 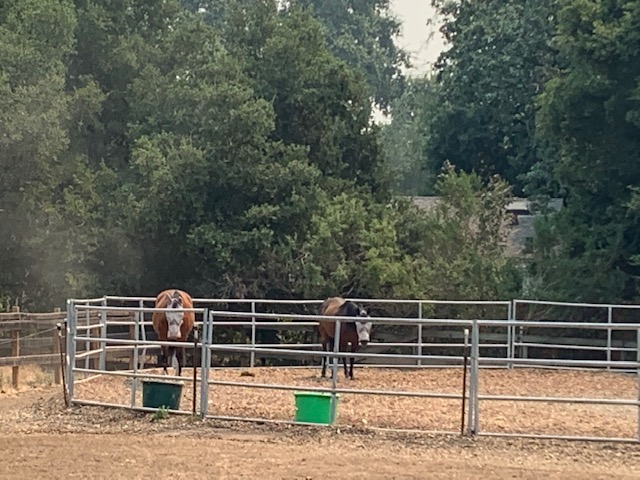