NY Times: INTO THE WILDFIRE - What science is learning about fire and how to live with it. 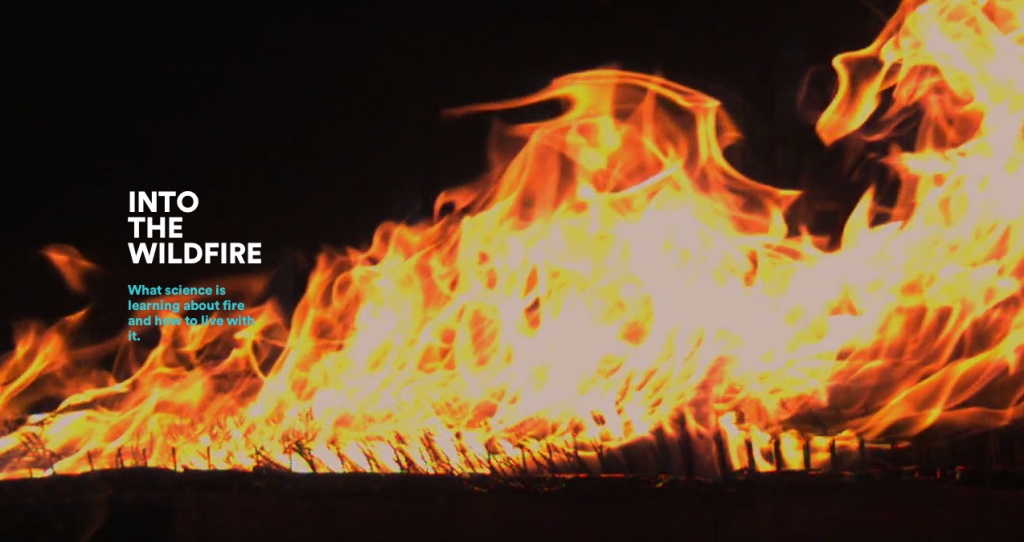 ‘By suppressing fires ... we’re saving the landscape for the worst conditions,’ a fire researcher says. ‘We need to choose good fire over bad fire, and if we understand spread we can make better choices.’

...Fire has always been a part of the natural ecology — many plant species evolved in direct response to it and couldn’t survive without it; when the sap of some pine cones melts, for example, seeds are released. But the reflexive practice of putting out all fires, which has dominated national policy for so many decades, has turned much of the American West into a tinderbox. On June 30, in the deadliest incident in wild-land firefighting in decades, 19 of the country’s most highly trained, highly skilled firefighters died in a fire near Yarnell, Ariz. While awaiting the findings from a federal investigation (expected this month), many have asked whether unexpected changes in the wind’s direction and speed, which abruptly exposed the men to the fire, were simply the most immediate factors contributing to their deaths. The Phoenix New Times, for instance, reported that the team should not have been deployed at all that day because its members may have already reached the maximum number of consecutive days they were allowed to be in the field. What’s clear, however, is that the buildup of flammable materials in the area and the ongoing drought in the Southwest contributed to the fire’s intensity. And it was a fire the firefighters were combating there in order to protect a housing subdivision on the outskirts of town...

...We probably wouldn’t be as concerned about fires that are getting bigger and spreading farther, of course, were it not for the increasing intrusion of people and buildings into fire-prone landscapes. This development creates what fire experts call the wild-land-urban interface, or WUI (pronounced WOO-ee), and from Bozeman, Mont., to Laurel Canyon in California, more and more of us want to live there, with forested views and coyotes for neighbors — but without the fire. About 80,000 wildfires in the United States were designated for suppression each year between 1998 and 2007, and only an average of 327 were allowed to burn. Yet trying to put out all those fires leads inevitably to more intense, more dangerous and more expensive fires later on. The accumulation of dead wood and unburned “ladder fuels” — what ecologists call lower vegetation that can carry fire to taller trees — turn lower-intensity fires into hotter fires that kill entire stands of trees that otherwise might survive.